After a long, long flight from Mumbai to Houston via Toronto, we spent a week getting over jet lag and spending time with Anjali’s sister Dhara. They were great hosts and it worked out well as we got to acclimatize back to America and celebrate the holidays together including New Years, Dhara’s Birthday and a quick trip to Austin to visit the Art of Ice Cream Experience. Reenergized we took off for our last international trip as part of our sabbatical – to Central America for 10 days. Belize was a short 2 hour flight from Houston and it was great to get back to warm tropical weather. We rented an SUV for the first 6 days as we discovered the rainforest, ruins and Tikal in Guatemala. As we drove to the Cahal Pech Resort in San Ignacio, a 1.5 hour drive, we knew we were in for an adventure with bumpy roads and horses “parked” on the side of the road instead of cars. 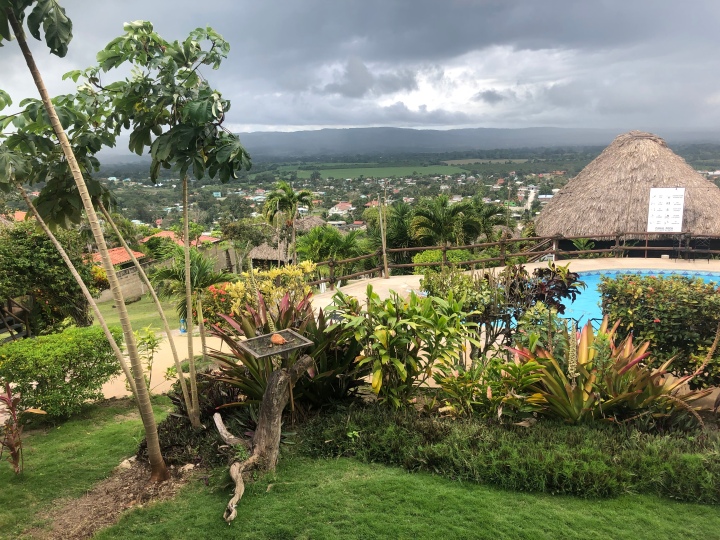 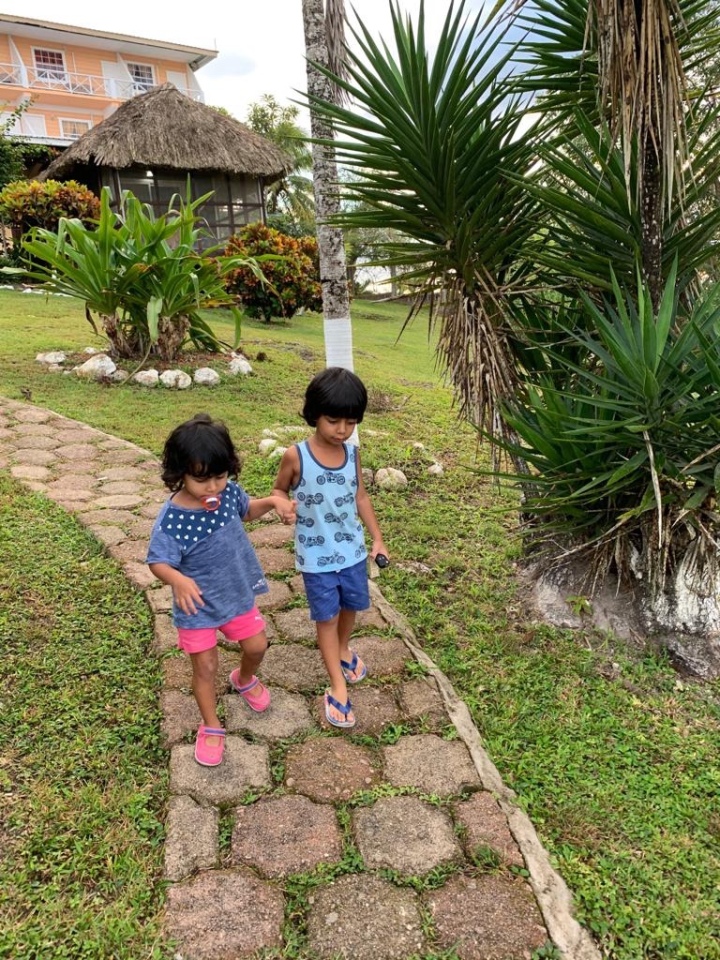 The resort was rustic and local right by the Cahal Pech ruins and perched on a hill overlooking the city and the rainforests. We got a nice little hut to ourselves with a view and a hammock, that the kids loved. Belize was surprisingly not super kid friendly as the resort didn’t have a kids menu or a crib. It’s a relatively new country and is still building the tourism infrastructure. Our adventure began the next morning as we drove to Mountain Pine Ridge forest reserve. I was glad we rented an SUV as the road was non-existent for a majority of the drive and not for the faint hearted. 1.5 hours later we made it to Rio on Pools, a collection of pools formed from the waterfall and rivers. We had the entire place to ourselves which was amazing (and a pattern for this trip) and Ayaan and I enjoyed wading through the pools and to the waterfall. Our next stop was the Rio Frio Cave a short drive away that was a unique experience with a river and beach within a cave that also featured stalactites. We were pretty tired and had lunch at the Gaia resort which had a stunning view over the river and waterfalls. Our last stop for the day after lunch was the Big Rock waterfall, which were nice but honestly too steep a climb with kids. Exhausted from the hikes and the drive, we chilled at the pool and hot tub with an early dinner and bedtime.

Next day, not deterred by the roads, we set off in the same direction again to visit the famous Caracol Mayan ruins. A very bumpy 2.5 hour drive later we got to the ruins and were delighted to only see a couple more cars. We were told that we’d need a military escort on the drive since it’s on the border, but it works out just fine without one. Caracol was luscious green and the ruins were there for us to explore on our own – pretty incredible for the fact it’s Belize’s most famous site. The kids really enjoyed running from temple to temple hearing Tucans and howler monkeys and occasionally climbing the almost 1500 year old “pyramids”. Definitely worth the drive. On our drive back, after the kids napped, we stopped at the Green Hills Butterfly farm. This was a wonderful experience as the kids got to see different butterflies, and learn about its journey from egg to caterpillar to pupa to a beautiful butterfly. The evening again was uneventful as we relaxed in the pool and had an early local dinner comprising of fish and chicken curry. 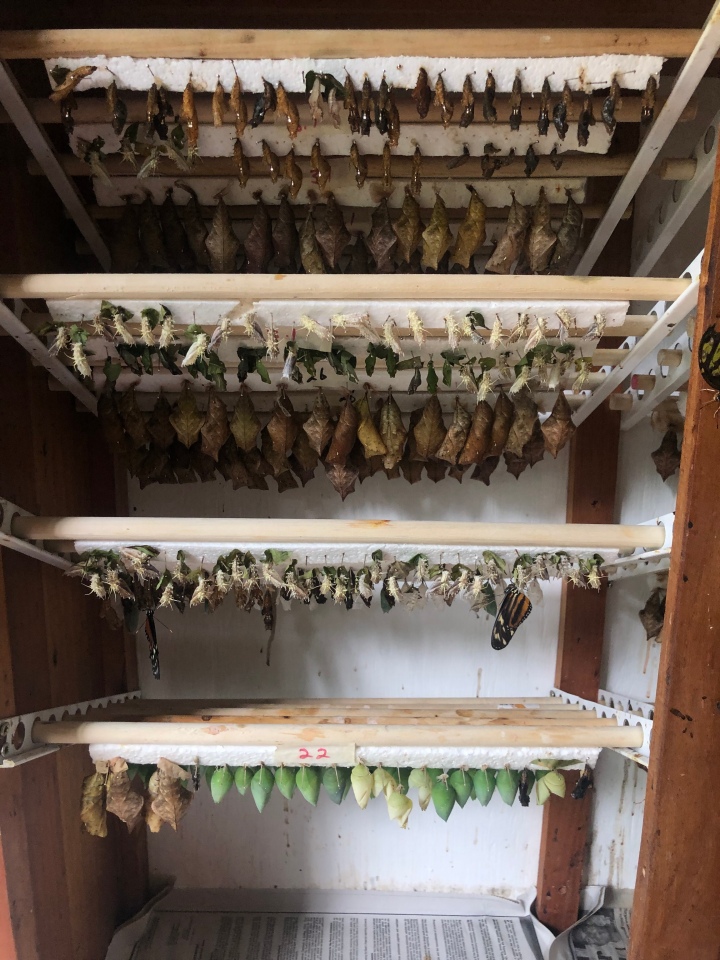 On our 3rd full day we decided to take the kids to the Belize zoo an hour away. It was an awesome morning as the kids got to watch animals and birds they’ve never seems before such as the tapir, tucan, jaguars, macaws, coatemundis, howler monkeys and several other. Ayaan’s favorite part though was pushing the baby cart we had rented. That afternoon the kids didn’t nap much so we visited an iguana hatchery at the San Ignacio Hotel. Ironically on our way to the hatchery, we saw a hug iguana trying to breakdown the bathroom window in the hut next door! The hatchery was an incredible experience as we got to hold the huge male iguanas and the kids got to pet and feed them. We all had a great time being one with the animals and birds all day. 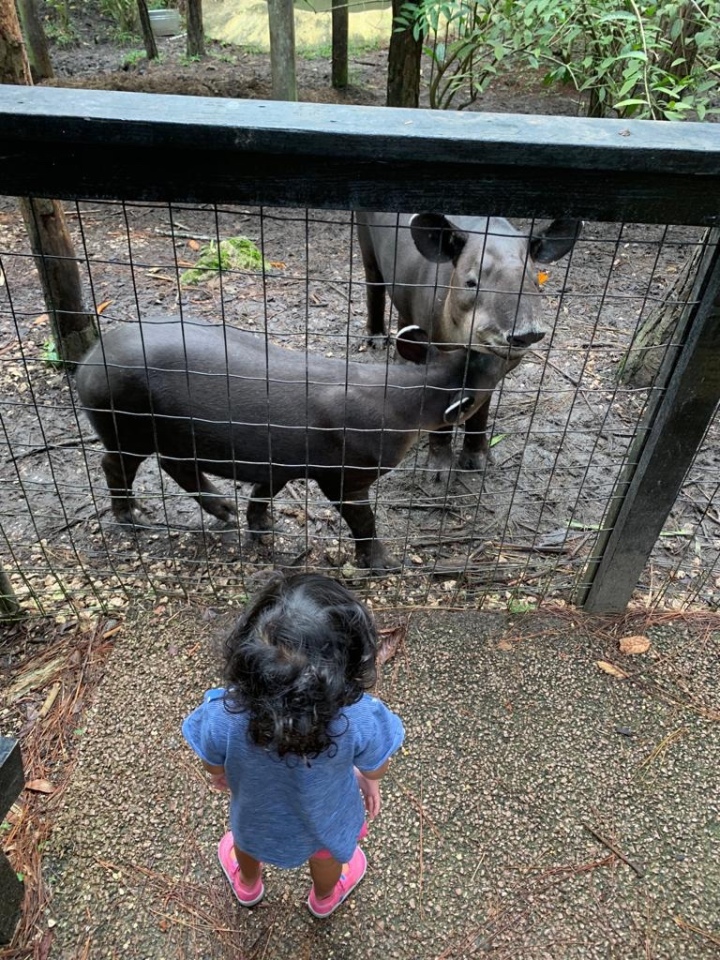 Our last day in the area began with a quick visit to the Cahal Pech ruins next door. It was a pleasant surprise since it was compact but really nice and once again deserted. The kids were able to climb up the temples on their own and we got some great pictures. After a busy 4 days in Sa Ignacio, we set off for the drive across the border to Guatemala … 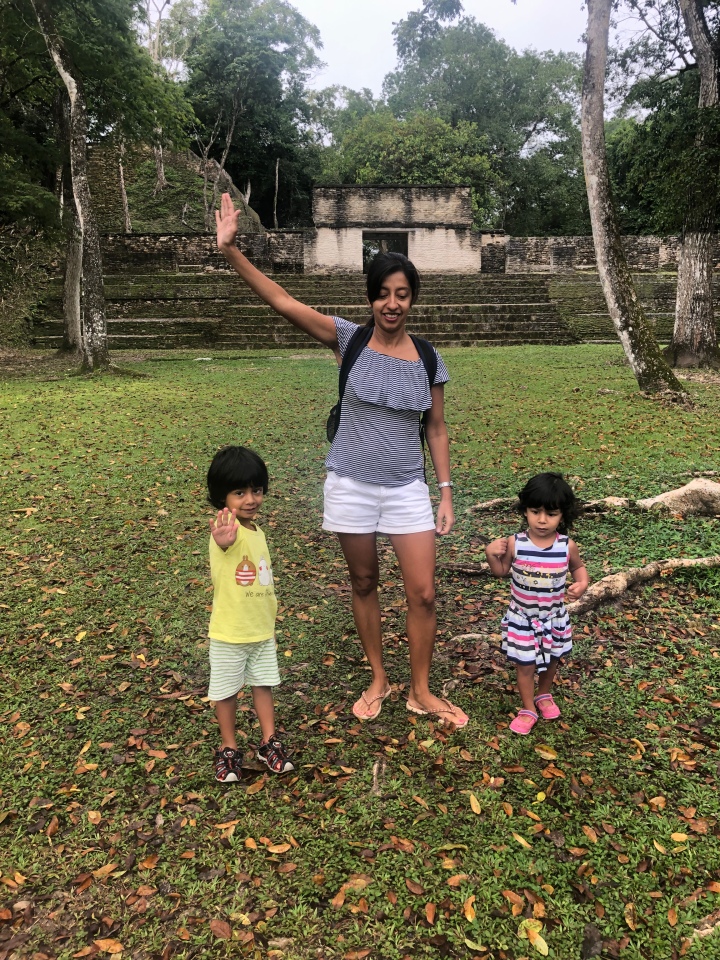 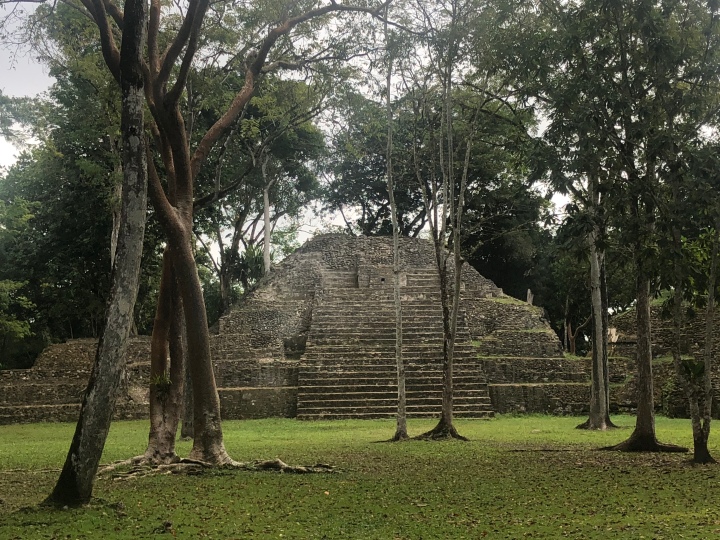 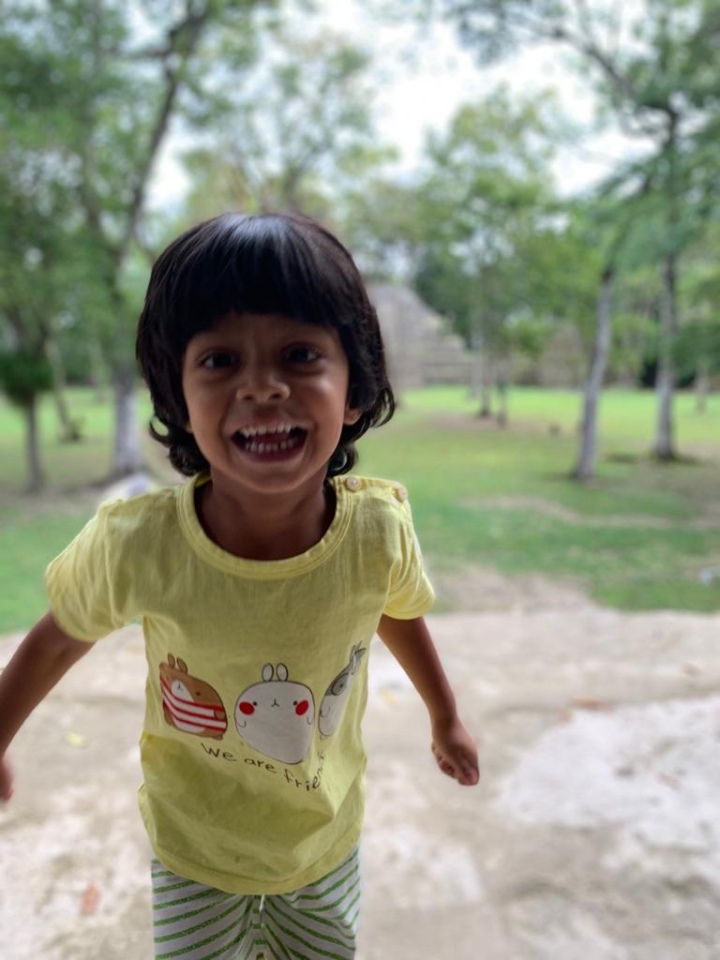