It’s been 3 months since we departed SF and for the last couple of weeks (and the next few months) we are calling Mumbai home once again after 16 years. Both Anjali and I grew up in the Cuffe Parade neighborhood and our parents live a couple of blocks apart coincidentally – which works brilliantly with young kids. It’s been fantastic to be back as usual, but this leg still felt like we’re visiting for a short period rather than making it our home base for the next 4-5 months. The weather has been beautiful with the monsoons retreating.

It’s been busy in Mumbai, getting Ayaan and Ariana adjusted to their new school, figuring out a new eating-sleeping schedule and most of all coordinating with both our parents and even with each other! They love their school which is very comforting and return every day learning about a new fruit. Preschools are quite different in India from size to philosophy but they’re doing well. You also realize Mumbai is so tiny even with 25 million people where half the parents of their classmates were our classmates or acquaintances. We got Ayaan a new bike with training wheels that’s he’s started to enjoy and Ariana a push car that Ayaan is obsessed with. They are just so happy to have toys again :). They are also absolutely loving getting spoilt by their grandparents with candy and sweets, and several visits to the playground a day. 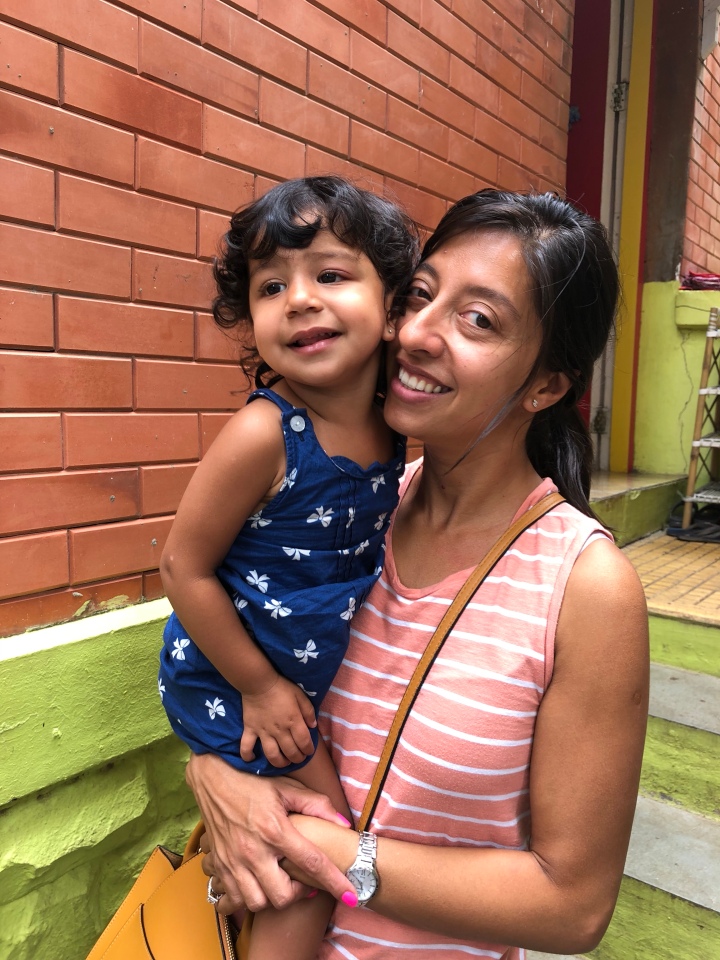 Anjali and I have spent every night either dining with our parents or meeting our school friends over a drink or dinner. We’ve already visited some favorites like Koko, Leopold, Copper Chimney and CCI; many more to go. That of course is a pleasant change from the last 3 months when we spent every night sleeping with them early, although the constant social activity has drained both of us already. We’ve also realized it’s extremely hard to get out as a couple since it’s just not the norm here. We are also still adapting to the different style of everyday conversations. We’ve been filling the days spending time with kids, our parents, playing badminton together, swimming, using the health club and just relaxing. My most productive few hours was making my LEGO plane from 30 years ago as Ayaan insisted he wanted to play with it. I definitely enjoyed that more than he did. 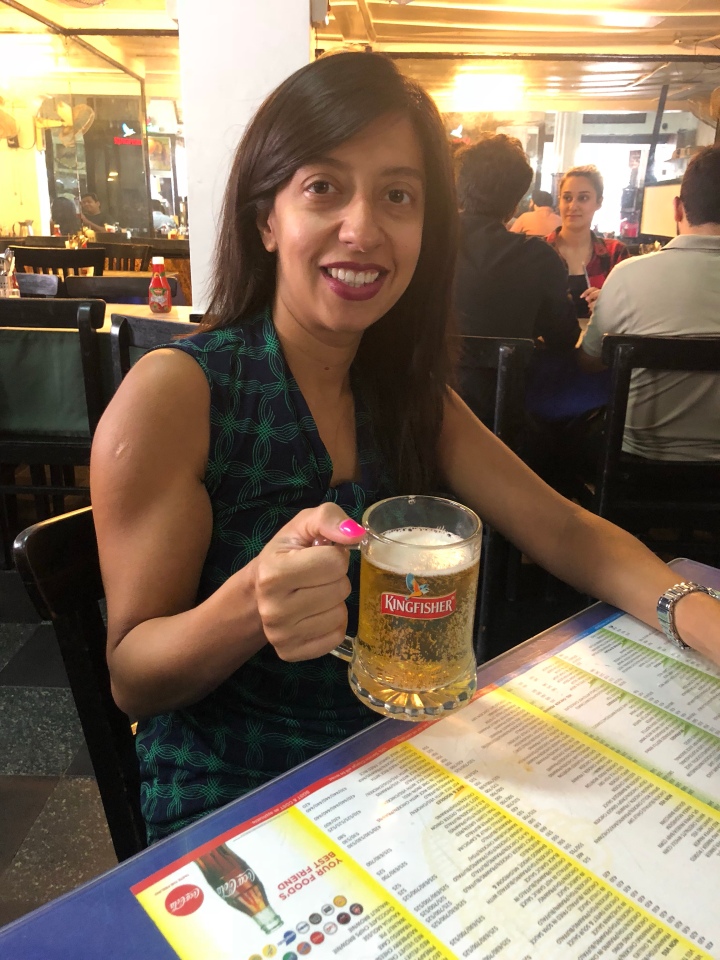 My sister Sonil flew down from Delhi for a few days which was great as we got to reconnect as a family and the kids got to spend time with their favorite Sonil Bua. We’ll be visiting her a couple of times in Delhi over the next two months so really looking forward to that. But the highlight of the last couple of weeks has been the Ganesh Chaturthi festival in Mumbai, where every building and corner hosts and welcomes the powerful Elephant God for 1-13 days and there are celebrations, music, dancing, live bands, lights and prayers everywhere. It’s been 15 years since we experienced this and it’s the first time for the kids. Ayaan absolutely loves it – he “dresses up” in Indian clothes, dances to the music, joins his hands to pray, eats prasad (sweets with Gods blessing), and has visited several Ganpatis (statues of the Elephant God) with Nani and Dadi. Ariana is so American that she says “Gaanpaaati” and stares at the lights in amazement. It’s been incredible to see the kids experience our childhood, enjoy the yummy home food, start to learn some words in Hindi, and adapt to the different lifestyle in India. Ayaan has already gotten used to the concept of having a driver, a cook and all the luxuries that India offers. He’s going to miss it for the next 10 days as we head to Mauritius – his 25th country!!! 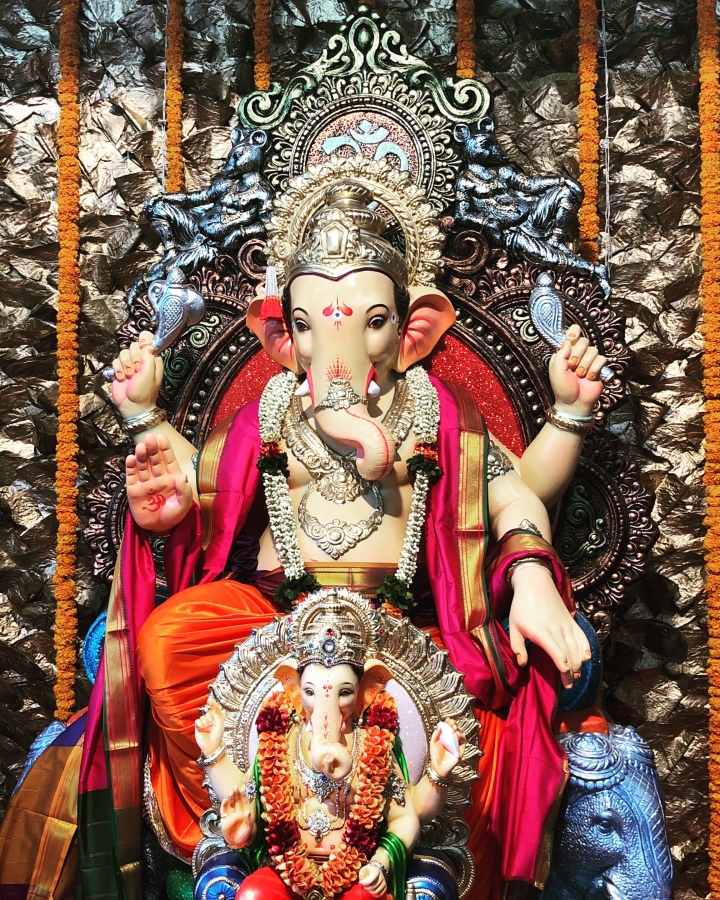 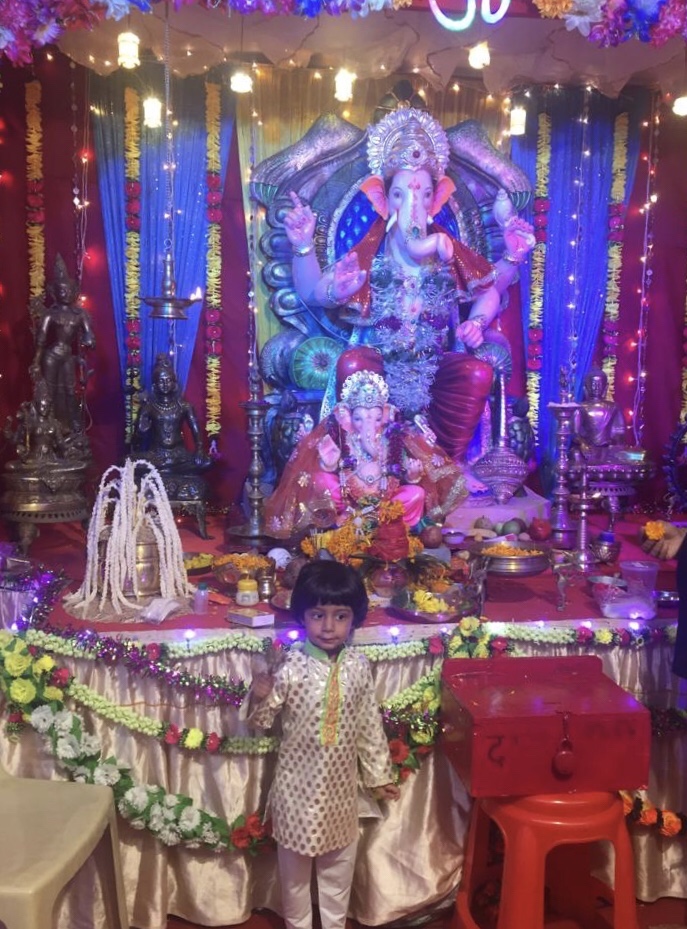 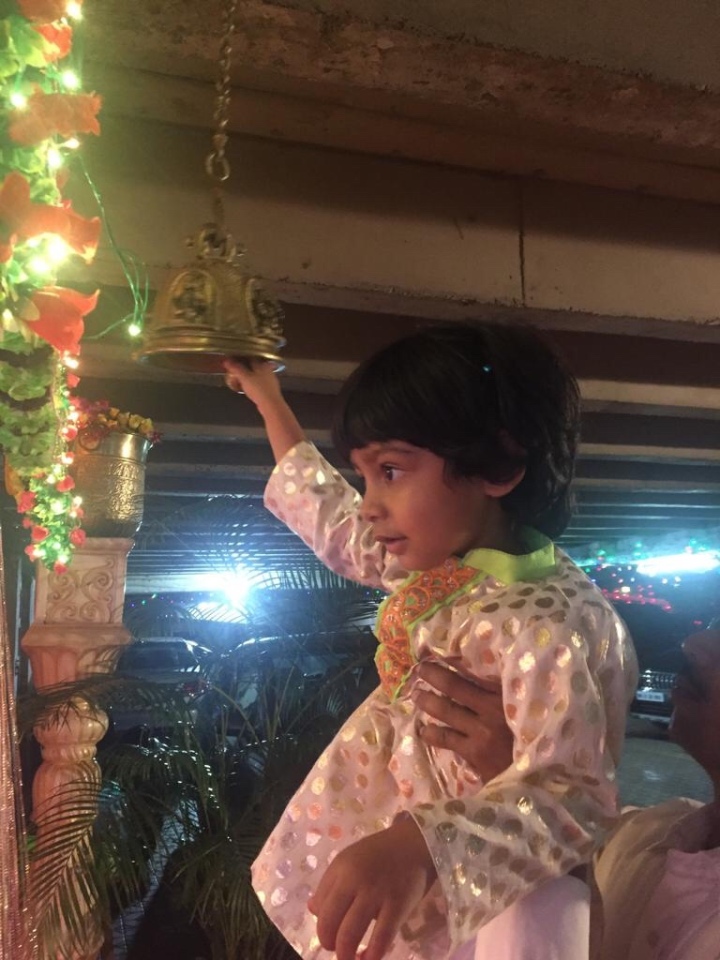