We arrived into Copenhagen on a rainy evening so we checked into the AC hotel and dined at the hotel bar before calling it a night. The next morning, we took the subway to downtown and the kids were delighted to find a toy store where they could play and ‘test drive’ a large majority of the toys. We spent an unanticipated 45 minutes there since the kids have been deprived of their toys for two months now (save for a few favorites that we were able to squeeze into our suitcase). We then strolled to Nyhavn, a picturesque (albeit touristy) harbor with colored homes and restaurants lining the canal. We ate lunch at one of the restaurants overlooking the water and my burger was pretty good (most other places in Europe where I’ve tried a burger haven’t been able to match up to American / SF standards). We decided to take a canal cruise which was a good start to getting a ‘lay of the land’. We then walked to Christiania, which is meant to be a bohemian, eclectic neighborhood. It may have been the rain but we didn’t get what was special about the neighborhood. The rooftop bar at our hotel had just opened so we decided to dine there. The build-out was impressive and the ambiance hip and energetic. However the service left a lot to be desired. We enjoyed several rounds of Japanese-inspired cocktails that were fantastic but didn’t end up getting our entrees well past the kids bedtime, forcing us to leave somewhat hungry. Not entirely surprising for a restaurants first day but a disappointing experience nevertheless. 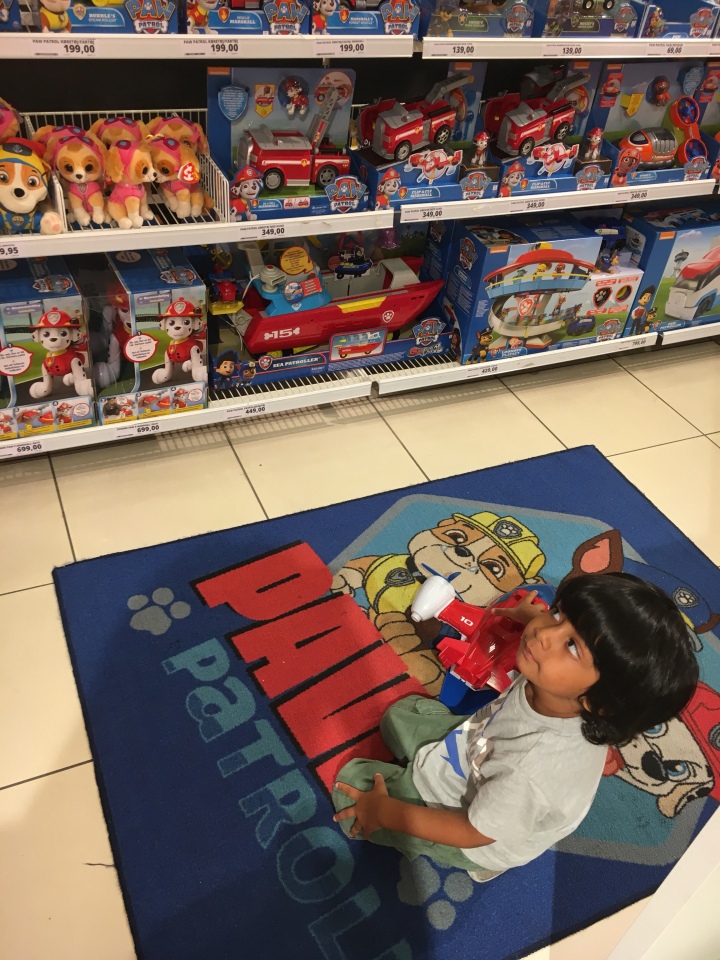 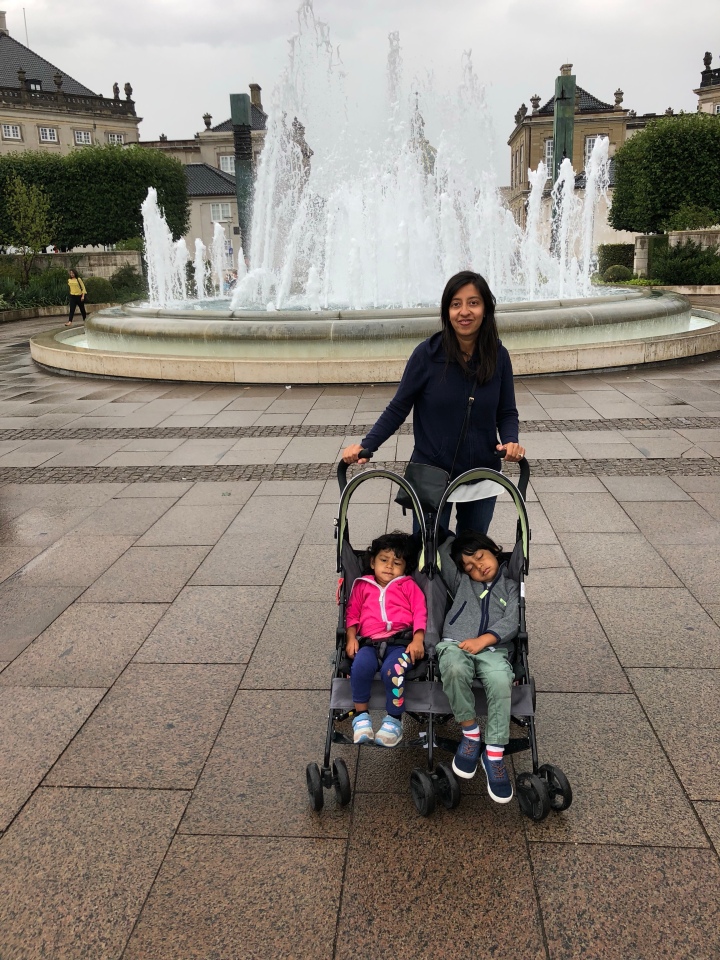 I was excited the next morning as my Cornell bestie, Bumjoo was flying in from London with her husband Adam to meet us. We spent the day at the Tivoli Gardens, a creative amusement park that was celebrating its 175th year, and from where Walt Disney reportedly got his inspiration. The park was unique in that it was also appealing to adults with nice restaurants and lounge chairs in the grass. It was a perfect way to catch up with Adam and Bumjoo while the kids were well entertained with a live show, trams, the famous carousel and driving cars and boats. Ayaan was thrilled to finally find cotton candy after searching for it through all of Europe. Luckily, by lunch time the kids were exhausted and napped instantly and soundly, allowing us to enjoy lunch with some local Carlsberg beer! We ended up spending the better part of the day at Tivoli and then retreating back to our hotel through another Pride parade (we experienced pride in Lisbon and Madrid as well!). Dinner was perfect at a nice Indian restaurant Rasoi near our hotel where the kids chowed down on butter chicken and saag paneer with rice. 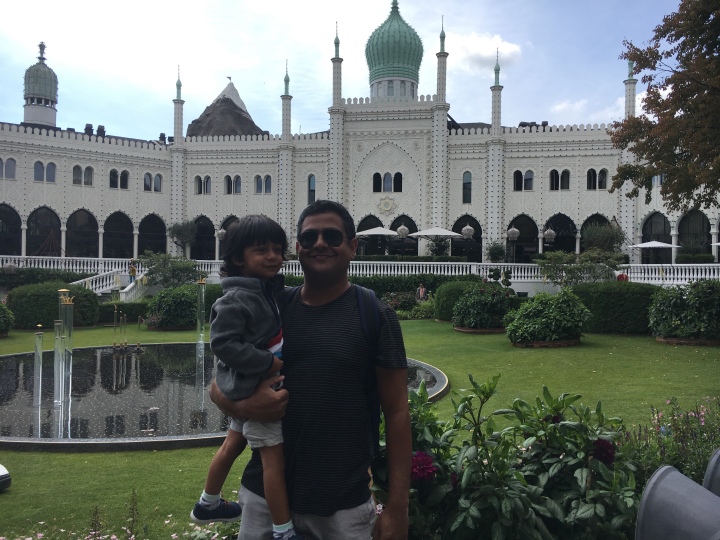 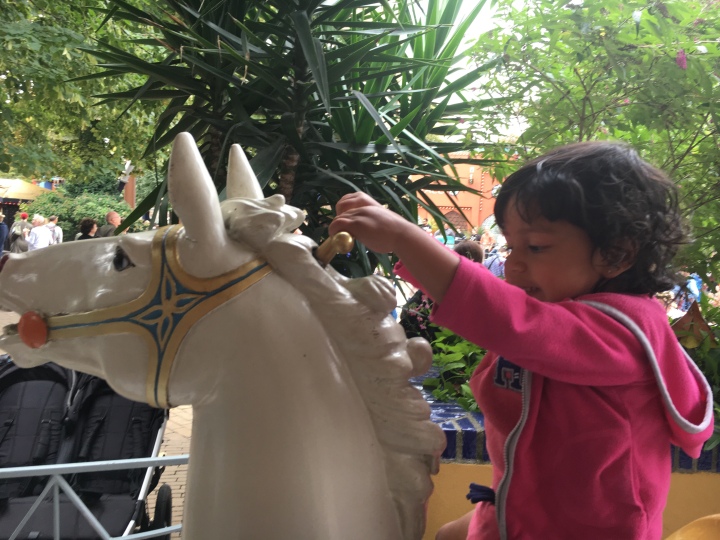 We started the next morning by climbing to the top of the Round Tower, but not before stopping at a Lego store (LEGO is from Denmark) where the kids played and Ayaan bought a little Lego train. We noticed that all the toy stores in Copenhagen have created an experience for the kids, likely allowing them to survive (and thrive!) despite the proliferation of Amazon and other online retailers (Toys R Us couldn’t learned something from here by creating an experience and potentially preventing their downfall!). The kids did great climbing to the top of the Round Tower by themselves (it helped that there was a ramp nearly the entire way) from where we enjoyed a panoramic view of the city. After retreating back down, we headed to the Rossendberg castle and some gardens where the kids played in a unique park. We then met Bumjoo and Adam for lunch at the fresh food market and enjoyed some delicious fresh fish from sushi, sashimi, and a smorgasbord of seafood delights. We strolled to the nearby botanical gardens and a beer garden where they told the history of beer. Next we went to some food trucks in Christiania where we got another small bite with a round of drinks. The Copenhagen Iron Man was inspiring to watch! We bid goodbye to Bumjoo and Adam that evening and enjoyed dinner at a nearby Chinese restaurant before retreating to our hotel. Onto Irelend tomorrow where we’ll meet with Gaurav’s parents! 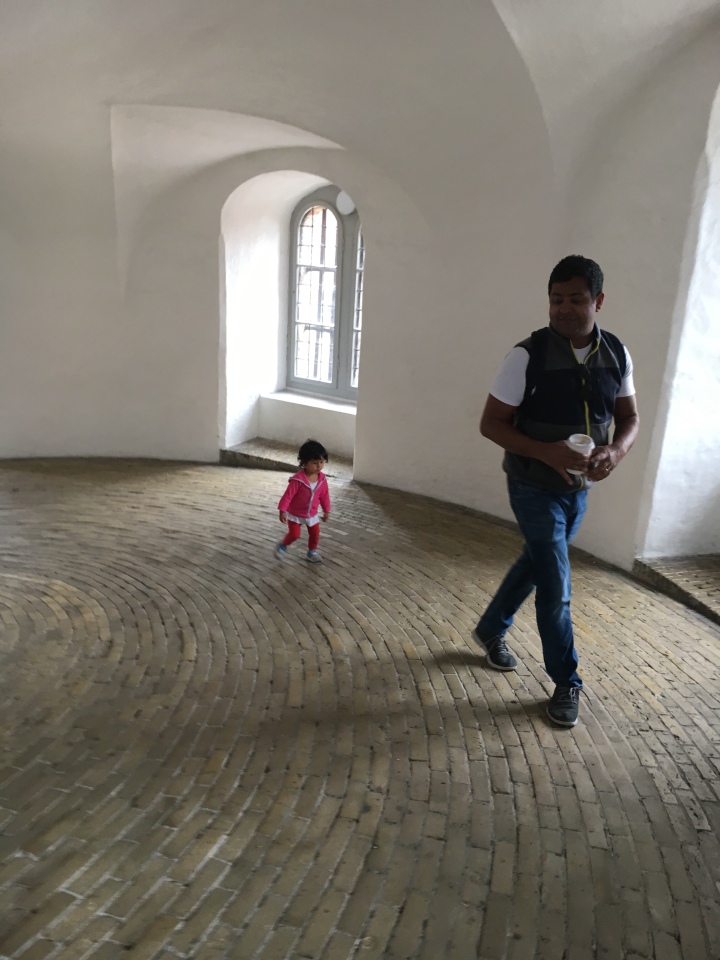 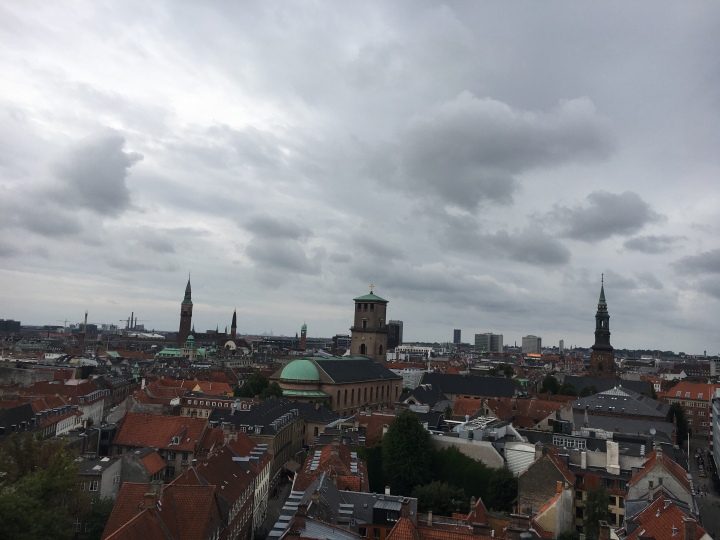